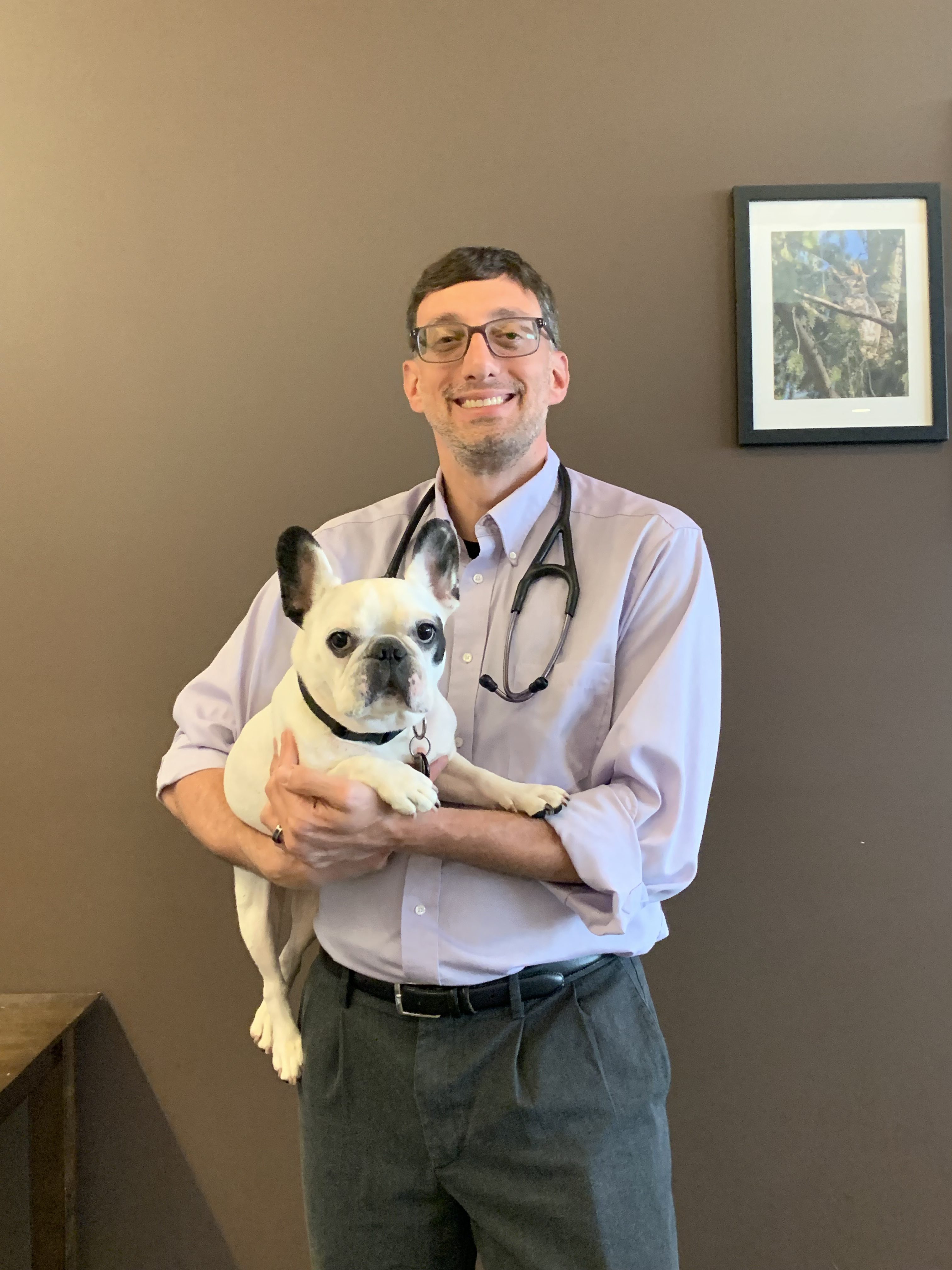 Diplomate of the American Board of Veterinary Practitioners in Avian Practice

As a member of the Association of Avian Veterinarians (AAV), Dr. Donato has lectured at several national conventions. Throughout his career he has been actively providing continuing education opportunities for veterinarians, veterinary students, and veterinary technicians. As an adjunct professor at the University of Pennsylvania School of Veterinary Medicine, he is actively involved in the organization and instruction of the education program for veterinary doctor candidates.

In February 2001, Dr. Donato became the owner of Radnor Veterinary Hospital. He treats dogs, cats, birds, reptiles, ferrets, rabbits, guinea pigs, rodents, amphibians, hedgehogs, sugar gliders and other non-traditional pets. Dr.Donato’s areas of interest include orthopedics, endoscopy, and wildlife & exotic pet medicine and surgery. He is currently serving as an adjunct professor at the University of Pennsylvania School of Veterinary Medicine, which allows him to support students working toward their own veterinary career goals. Dr. Donato lives with his wife, Marianne, and children Lena, Joseph and Mica. The Donato family shares their home with a French bulldog named Bruce Lee, a bichon named Sammie, and a cat, Fivi. Dr. Donato enjoys football, table tennis, and hiking on the Appalachian Trail. 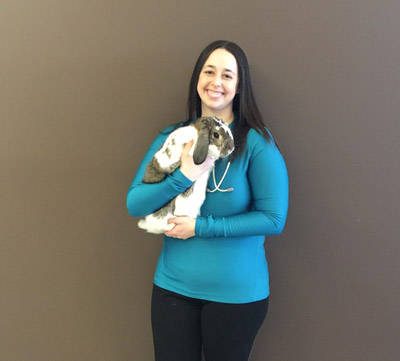 Dr. Becky Ehrlich is originally from Blue Bell, PA and received her undergraduate degree in Biology and Science in Society from Wesleyan University.  After obtaining her veterinary degree from the University of Pennsylvania, she worked in Chester County before moving to Wayne and joining the team at Radnor Veterinary Hospital in 2014.  Dr. Ehrlich has a passion for exotic animal medicine, and also especially enjoys soft tissue surgery, cardiology, and preventative medicine. Dr. Ehrlich lives with her husband Dan and their adorable baby Jacob, as well as their rabbit Yoshi, mixed breed dog Rory, and uromastyx Alistair (all rescues).  In her free time, she enjoys traveling, teaching, skiing, baking, and occasionally skydiving. 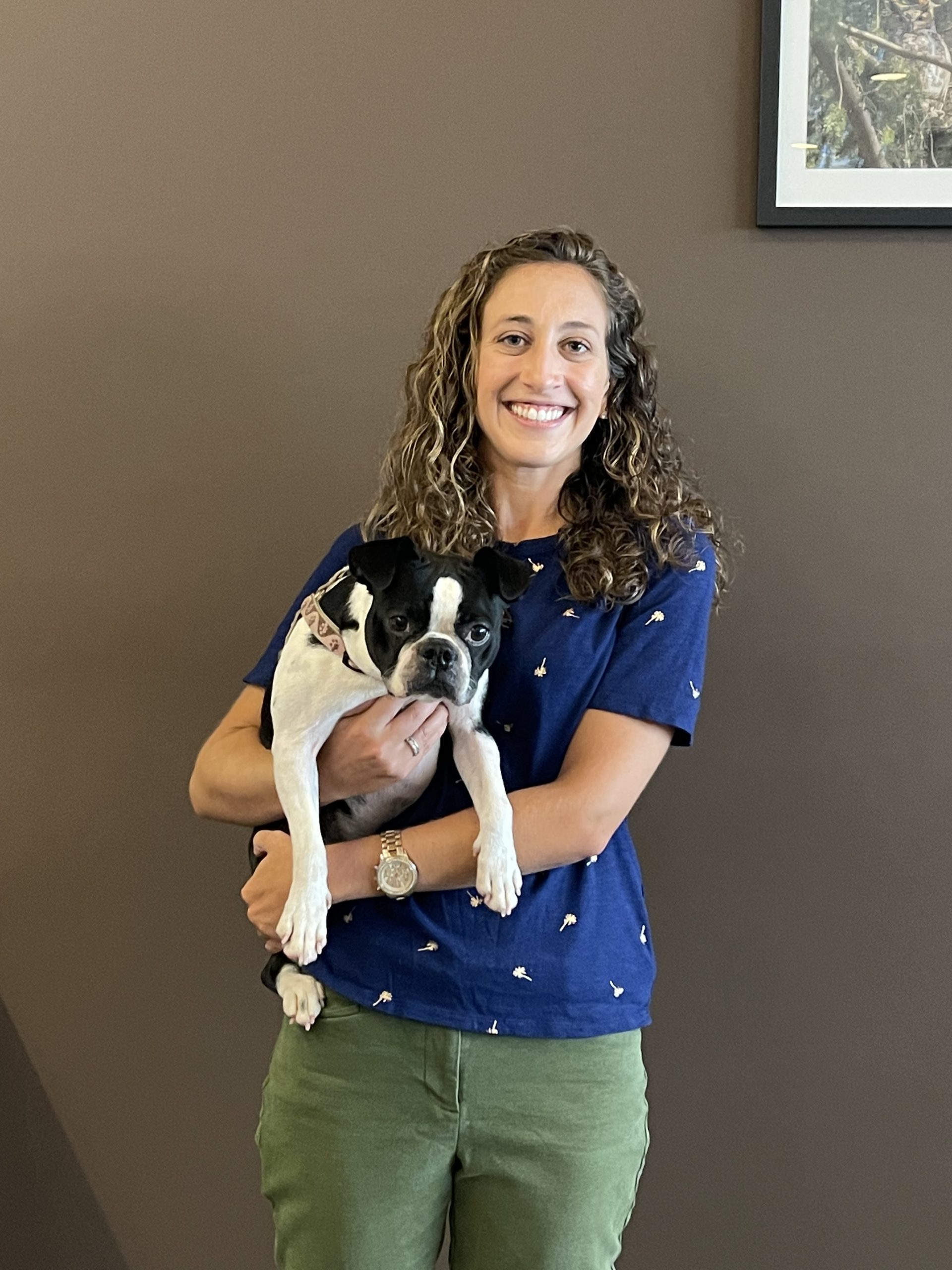 Dr. Stephanie Principati is a proud Blue Hen alumni and graduated from the University of Delaware with a degree in animal science and wildlife conservation. She received her veterinary degree from University of Pennsylvania in 2016. Following graduation from veterinary school, she completed an internship in small animal medicine and emergency at the University of Illinois Veterinary Teaching Hospital, and then completed a second internship at the U of I in zoological and exotic companion animal medicine. She is excited to return to Chester County and join the team at Radnor Veterinary Hospital! Dr. Principati’s professional interests include zoological companion animals and wildlife, and also enjoys small animal medicine and critical care. She enjoys traveling, and her hobbies include running, cooking, and spending time with her dogs, Buca and Nellie, and two frogs, Fred and Ethel. 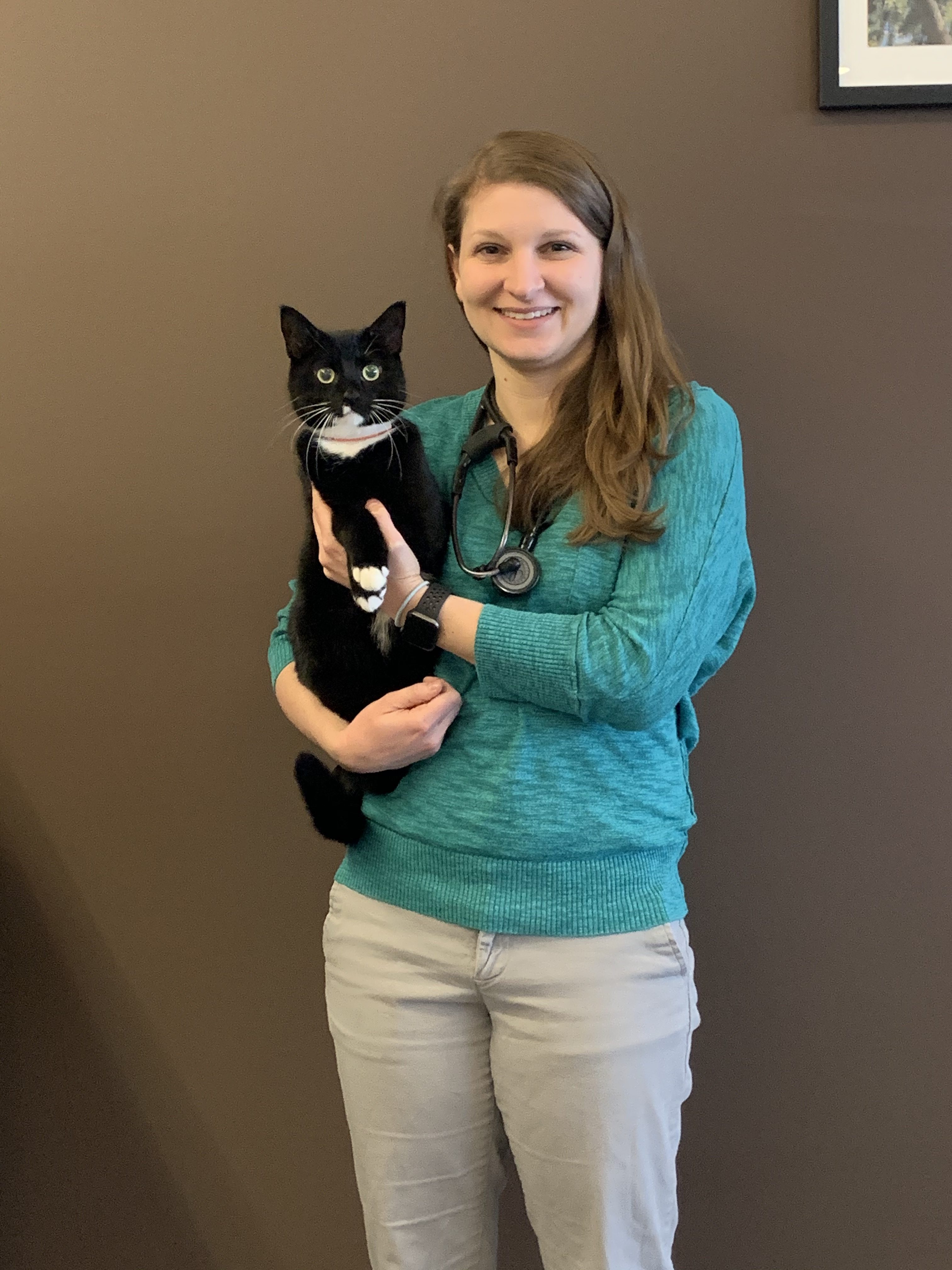 Dr. Beaudry has come to us by way of the University of Massachusetts with a Bachelor’s degree in pre-veterinary medicine. She went on to earn her veterinary degree from the University of Pennsylvania School of Veterinary Medicine. Dr. Beaudry shares her time with her boyfriend Josh, her two dogs Waldo and Luna, her cat Roo, and her albino corn snake Lucy. Dr. Beaudry enjoys hiking, kayaking, disc golf, photography, and traveling. She’s excited to join our team so that she can take excellent care of your dogs, cats and exotic pets! 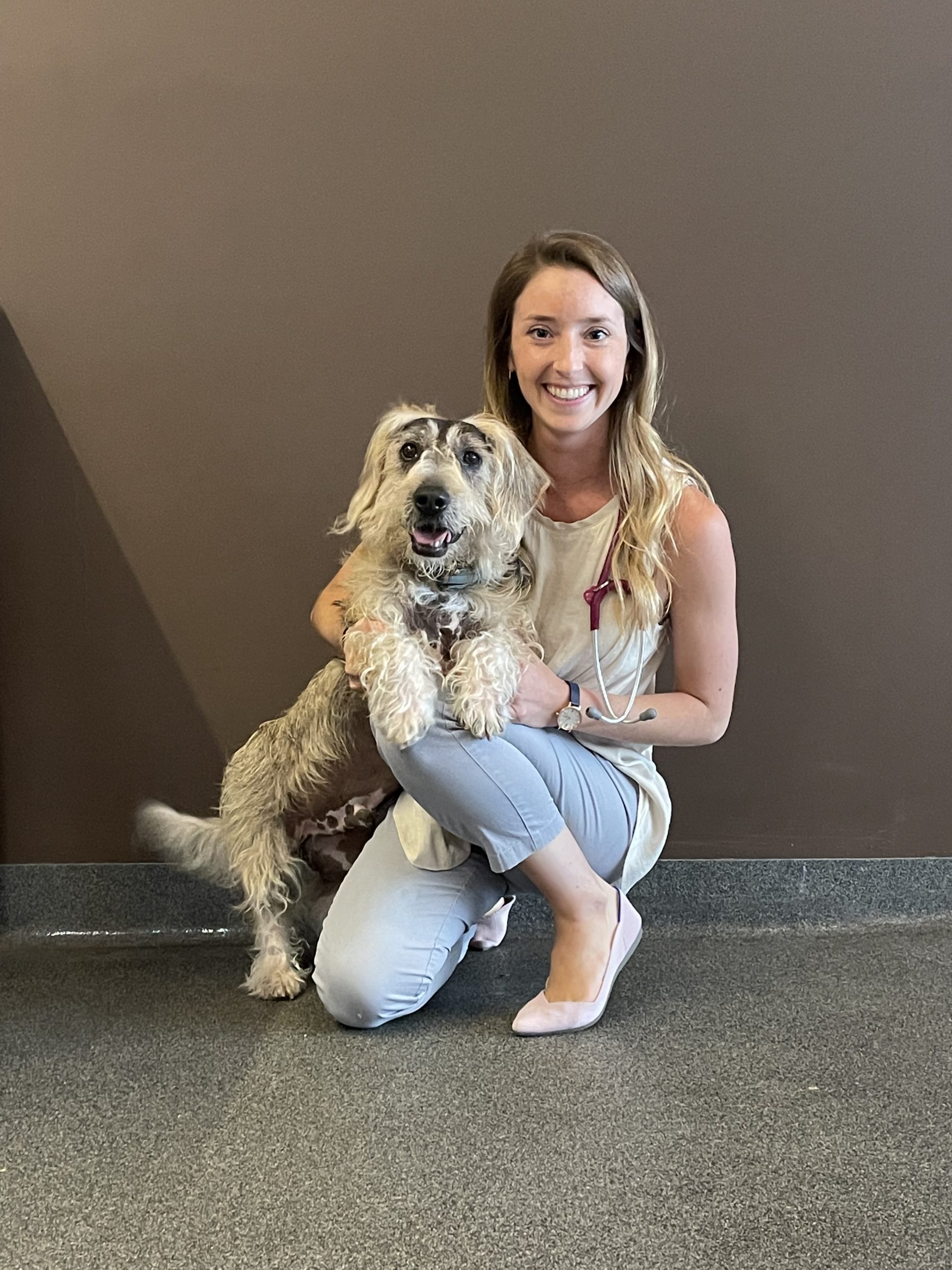 Dr. Kendra Asklof is originally from Connecticut and received her Bachelor of Science degree in Biological Chemistry from Bates College in Maine. She ventured down from New England to complete her veterinary degree from the University of Pennsylvania. Her veterinary interests include soft tissue surgery, ophthalmology, internal medicine, exotic species and wildlife. In her free time, she enjoys dancing, yoga, running, hiking and loves visiting breweries. Dr. Asklof currently lives in Philadelphia with her partner Dylan, who is also a graduate of Penn Vet. She also shares her home with her cat Nala and her dogs Tuck and Calvin. 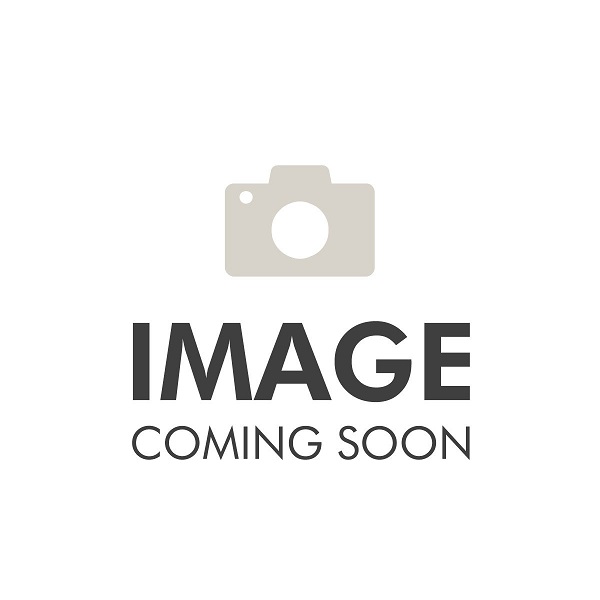 Dr. Jen Ulrich is originally from Pompton Lakes, NJ and took a little longer to get to veterinary medicine than most. Before deciding on vet school, she received a Bachelor of Arts degree in Environmental Geology and Environmental Studies from Northeastern University, a Master of Science degree in Interdisciplinary Ecology with a concentration in Wildlife Ecology and Conservation from the University of Florida, and a Bachelor of Science degree in Biology from the William Paterson University of New Jersey. She graduated with her VMD from the University of Pennsylvania in 2019. After graduation, she worked at a local veterinary practice where she provided primary and emergency care to dogs, cats, and exotic companion animals. She is excited to be a part of the Radnor Veterinary Hospital team where she can continue to expand her knowledge of exotic companion animal medicine and work with a close-knit team of doctors who share her interests. Dr. Ulrich’s professional interests include small and exotic companion animal medicine and care, wildlife medicine, research, and public health. In her personal life, Dr. Ulrich loves to travel, cook, hike, and see live music. She has two Westies named Lola and Lottie and is currently in the market for a small parrot.

Dr. Ian Hollinshead is originally from the other side of Pennsylvania in Pittsburgh, where he received his undergraduate degree in Biology and Science from The University of Pittsburgh.  He first came to us as an extern during his clinical year as a student, and after obtaining his veterinary degree from the University of Pennsylvania, he has returned to join us as the newest member of our team.  Dr. Hollinshead has a passion for wildlife and exotic animal medicine, and particularly enjoys consulting with clients on creating enclosures for reptile and amphibian pets. Dr. Hollinshead lives with his cat, Maddie, and his gecko, Epsilon.  In his free time, he enjoys bird-watching, playing the ukulele, and reading books in the park.  He is eager to provide high-quality medicine to all of your furry, scaly, and feathered friends!